Hey everyone
I went for a run first time in 3 weeks yesterday. This run went very well and so we decided to go for another run today on new lands I haven’t covered before.

We have moved to a new area on the edge of many trails; including the North Worcestershire Path, which is a long distance path running at 35 miles through the midlands. Sadly we saw a notice saying that this path had been closed just near Wast Hills Lane due to slipperiness and erosion. This sign had been attached to a tree since Spring 2014. I hope that this sign will be gone some time soon as I’d like to follow this path. We decided to head back and follow some different public foot paths as there are many to pick from.

Obviously with the time of year there was a lot of mud, I love running through muddy fields I think it adds a whole new dimension to a run, a lot of fun and a bit of a challenge. Sadly Philips Merrell trail sneaks weren’t up for the mud and he found it very slippery. He did admit he liked the challenge though so I think next time he needs some sneaks he will be looking for something with a bit more grip in them. Any recommendations would be much appreciated. 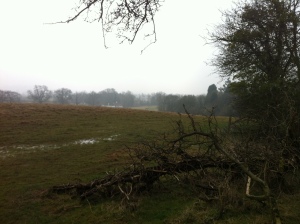 It’s been a while since I have managed to get out in the country. I’m from the countryside originally I was brought up in a small valley on the edge of the Pennines. I forgot what the white fencing if for around farm land. I soon remembered when a bolt of electricity went through my hip and pushed me to the side haha! 😛 Needless to say we avoided any other fencing. They were obviously to keep these beauties out of harms way… I just hope to them it’s just a little annoyance rather than a shock like I got :O 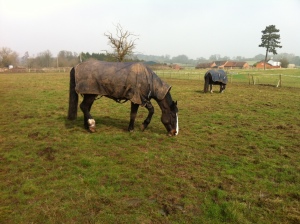 As always with new public footpaths and no maps it can take a while to learn which end of the fields the path continues on so we did a lot of running back and forward on this occasion, but that was welcomed over such lovely surrounds.

This kind of surround is much better than running around the city center or just being stuck to the city canal towpaths. The canal paths are beautiful and I enjoyed much of my running there, but I prefer the more technical terrain.

Obviously I had to go out sporting my Vegan Runners top 😛 Nothing like shoving it in farmers faces. :O Although the farmers we came across were nice enough. 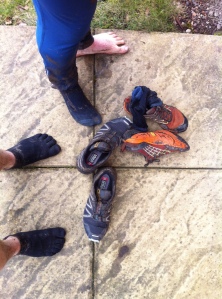 It only ended up being 5 miles. I’m glad I didn’t do too much though having just returned to running and it being more technical terrain.

You always know when you have had a decent run when you get home and anything below the waist looks like this 😛 (although they do look a little cleaner than they were).

Good to ‘hopefully’ be back.
All my love
-ScottyRunner

Have you got all day? ;) END_OF_DOCUMENT_TOKEN_TO_BE_REPLACED
This entry was posted on Tuesday, March 17th, 2015 at 14:26 and tagged with running training, scotty runner, scotty runner hassall, scottyrunner, ultra marathoner, walking for ultra runners, walking for ultramarathons and posted in Uncategorized. You can follow any responses to this entry through the RSS 2.0 feed.
« Vegan Mexican Chili Pizza with ‘Cheesy’ Topping.
The Secrets to Success – How Badly do you Want it? »

Anything you want to say about this? Cancel reply